There is no doubt in my mind that Freke & Gandy's book (or thesis) is a worldview-shattering concept ... at least to a Catholic born atheist who has, for most of his life, accepted the existence of a man called Jesus Christ as actual (but not, I stress, his claimed supernatural aspects). I had envisaged such a man as some kind of, then, Jewish leader (perhaps terrorist, perhaps "freedom-fighter", perhaps wise, perhaps soft-spoken) and the kind of man around which legends are built ... a kind of early-day Robin Hood if you like. Prior to reading Freke & Gandy's book I had read some of Frank R. Zindler's work at the American Atheists site and I had begun to consider the possibility of a world in which there had never been a Jesus as a literal historical individual. To an atheist who, because of his religious upbringing, is more active against fundamentalist Christian claims this is a key consideration, the foundation of the claims of modern Christianity are built upon this. If there was no literal Jesus Christ then everything every Christian cult has claimed since 1000CE or earlier is built upon a lie (or at least a mistaken claim). 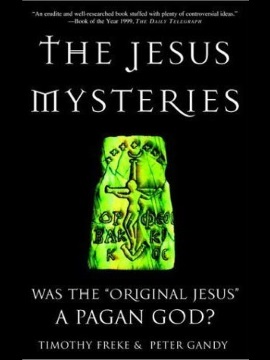 If you build it, he will come.