I am a 62-year-old, happily married Brit with two daughters living in the south of England. I had, of course, been exposed to science fiction (mainly old style, black & white) when I was young but my epiphany moment (that moment when you think, "this is really, really good") was when my Dad took me, aged 12, to see "2001: A Space Odyssey". 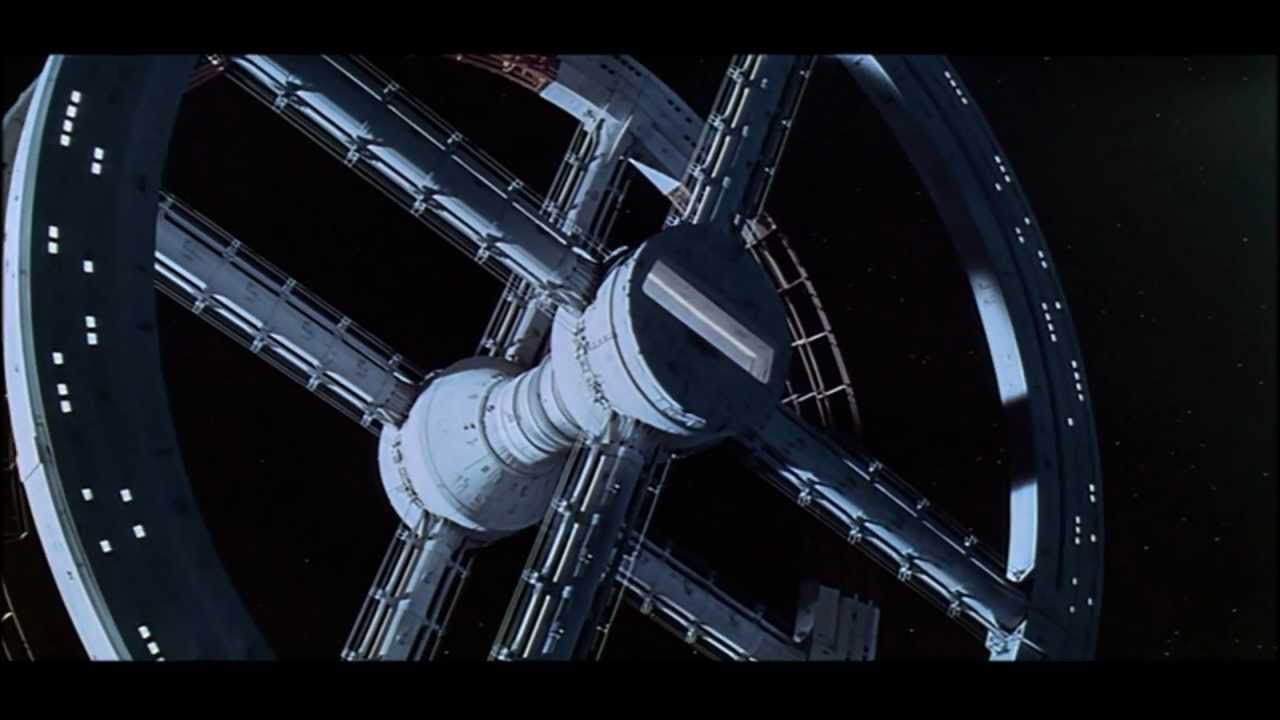 The ballet of spacecraft to the gorgeous refrains of Johann Straus Junior's "The Blue Danube" simply mesmerised me. I had soon picked up my first science fiction book (Heinlein's "Tunnel In The Sky") and, from that moment, I was hooked. I got rapidly into the classic SF writers, Asimov, Clark, more Heinlein, Silverberg, Anderson, Pohl, Harrison and it was from that love of science fiction, written by people who often loved or were involved in it themselves that my real love of science sprang. Science fiction was mind-expanding stuff and led to that curious duality in worldview that only the moderately religious can understand, yes science was absolutely correct and yes God created the world in seven days, however, by the age of thirteen, I remained Catholic in little more than a cultural sense. When I left school there were, of course, more important things to worry about namely clubbing, girls and drinking. My early career was inconsistent as I started off working in laboratory technology, spent a year and a half in the UK Armed Forces then, following a somewhat ignominious exit, rejoining my lab tech career. Clearly, the forces weren't for me but I still remain a huge supporter of them. I went on to gain a degree in biology and, during that period, met my future wife, the woman who (by whatever train of twisted logic she uses) has agreed not to dump me for more nearly thirty-five years! After my degree, I switched to IT support in science-based industry but eventually moved out into the wider world of computing. I don't know when I realised, I was but, there can be no doubt, I'm a geek and proud of it ... as I say above, I love science fiction. I've grown up reading science fiction, watching science fiction and playing science fiction. My all-time favourite film used to be "Star Wars: Return of the Jedi", now it maybe "Avatar" although I'm never quite sure and I have liked what I consider the best of science fiction and fantasy as well as some more contemporary thrillers, offering ranging from "Star Trek" to "Babylon 5", "Doctor Who" to "Buffy", "Dexter" to "True Blood" and "Dune" to "Ender's Game". Although I'm not into "cosplay" (my oldest daughter is) I occasionally go to conventions and I've even learned some Na'vi, the language of the natives from "Avatar", partly for fun but also because it taught me a lot about language structure. Though I am an unashamed science fiction buff, my interest in film doesn't stop there. I also love the supernatural, thrillers, romances, comedies, high school, animations, musicals, westerns, war films, romantic comedies and so on. In short, there are very few genres I don't like and I am trying to extend that catholicism (small c) to reading. Moving with my wife to Kent, primarily because the housing was cheaper and we could get more for our money outside of London, where I started work at the aforementioned pharmaceuticals. Since living in Kent, we have had a couple of gorgeous kids who are now pretty much grown up and I met some of my best friends. It is because, perhaps in spite, of my relationships with all those people that I am, philosophically, what I am today; a centre left hawk and a humanist. I have been involved with writing for some considerable time. For a long time, I have documented various processes at work so that others can follow but my personal involvement with writing probably sprang from a combination of my interest in online debate, a particular game I used to love and website management. My debate activities, articles defending against the vacuous claims of science deniers, were written as pseudo-scientific papers which further developed my sense of written organisation. Initially, I started to write gaming guides for the game in question (trust me, no one these days will want to know) and later, recognising its potential for role play and storytelling, fiction based on and around gaming universes. For a while I fell away from writing then, a few years back, I started to develop a user submission framework in which I planned to act as both editor and author. The level of detail escalated until it became overwhelming and I began to flag but then a TV show, a writing competition, came to my rescue and that of my best friend who, like me, was then a budding author and is now published. The competition was hosted by "Richard and Judy" in conjunction with "W. H. Smith" with a fifty-thousand-pound prize, enough to keep me permanently writing for two years. We didn't win and when we saw the list of winners, we could easily see why my science fiction and my friend's detective novels would never have won, nevertheless it spurred us on to bigger and better things. Having recently quit work and with far more time on his hands, my friend published his first book ("Soldier of the Republic") over a year ago and the detective novel he submitted to the completion ("Terminus Place") is on the verge of becoming his next. 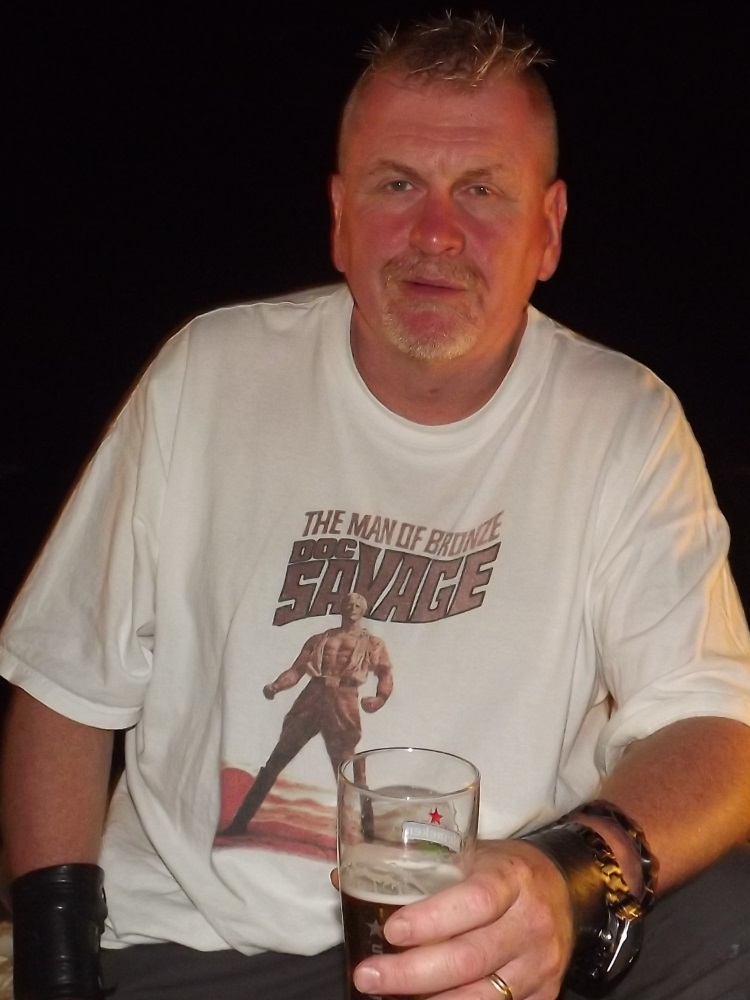 Flagging on the original collaborative idea (I had found myself getting too personal with my characters, too involved) it was that competition that changed the project into a novel. I don't have as much time to devote to writing as my friend has had but I am getting there, my novel when I completed it to the first draft had reached a staggering one hundred and thirty thousand words and looked like it would get bigger still. Following a sort of existential crisis (if such a thing is possible over a book), I made a series of changes to the background material for my universe which changed it quite considerably, far more than I expected, but has allowed me to put a great deal of that material on this website. My own work varies and I write whenever time allows, usually between local work, various chores and my ongoing redesign of my various websites. I have published my first book, "Stars, Hide Your Fires", the first of what I call "The Abyssal Void War" trilogy and have mostly written the second book. I am also working jointly on a second project based on H.G. Wells, "The War of the Worlds". So that's it. For now, I would simply like to welcome you to the site. I hope you enjoy it and, if you have criticisms please can I ask you to let me know perhaps using the site contact facility. I only ask that you are constructively critical when communicating such things to me?

I didn't mind getting old when I was young. It's the being old now that's getting to me.