I first saw "The Hitchhiker's Guide to the Galaxy" (1981) on the BBC and instantly loved it whilst somehow managing to hate the fact that Arthur never took that damned dressing gown off. As I understand it the radio version was the original guide and, whilst it was good, I suppose you never forget the original and (for me) that was the TV series. From that came the books the first two of which were simply excellent but the sequels, whilst still entertaining, progressively less so. From the first book (arguably the first two), in 1981, came the BBC version of The Hitchhikers Guide To The Galaxy and it is to that version that I am comparing the 2005 film that I saw today. 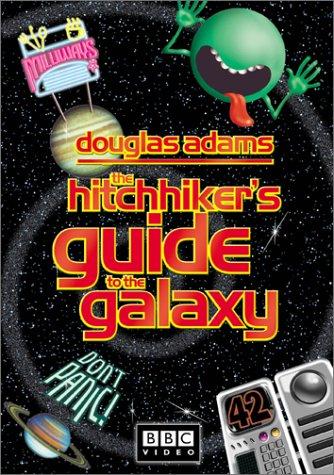 The BBC series, even though it missed a lot of the book's material (it would have to, to cram it into the 6 x 30-minute episodes it comprised), was reasonably faithful to the source material in a way that the film, quite simply, wasn't. Just changing a film from its original script, however, does not make a film a bad thing as long as the changes can be justified. Missing from the new version are any mentions of Eccentrica Galumbits (the triple-breasted whore of Eroticon Six), Marvin the uber-depressive Paranoid Android and his painful diodes, some marvellous script (such as the lengthy description of the location of the plans for the demolition of Arthur's house), Peter Jones as the book, much of the material involving Deep thought, the Restaurant at the end of the universe, Zaphod's two (simultaneous) heads, fear sensitive sunglasses, much about the starship Heart of Gold and a magnificent buddy ending to the accompaniment of Louis Armstrong's “It's A Wonderful World. Instead, in the new version, we have singing dolphins, Zaphod's (alternative) heads, a completely revamped storyline featuring much more about the Vogons, a new villain, some admittedly excellent new effects, a shed-load of slapstick humour and a new happy, happy ending with Earth recreated, everybody best buddies and Arthur & Trillian falling for each other (I mean, whut?). 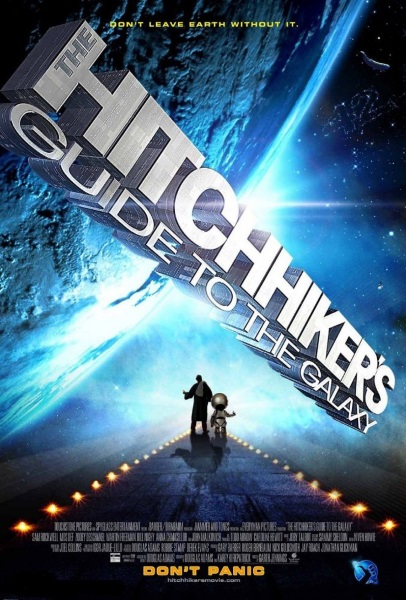 Some of the characters were quite well done ... I did like Bill Nighy's Slartibartfast, I quite liked the new Ford Prefect and I quite definitely approved of the new Trillian over the original's Sandra Dickinson (so shoot me, I like brunettes) but I found the new Arthur Dent, whilst competent, somehow diminished, the new Zaphod Beeblebrox irritating and Marvin simply not depressed enough. My gut feeling is that the film, though British, has been reoriented at a less-than-sharp US mass market and has followed recent trends which seem to act under the assumption that if enough effects are thrown into a film it will make up for its shortcomings. I think, but am not sure, that I would have liked the film more if it was my first exposure to HHGTTG but ultimately consider the film to be somewhat uninspiring and nowhere near the kind of quality of the original. In many ways, it was a wasted opportunity ... a personal score of 5/10!
Thanks for reading. James C. Rocks, Author ("The Abyssal Void" Trilogy)