Like most authors, we have problems concentrating. In these days of the internet, of social networking, it is easy to get distracted. Facebook, Twitter and other social networks never sleep, they’re always there, always calling us; we decide to check our newsfeed (or whatever) and what seems to be a two-minute tasks leads us down the rabbit hole and ends up being an hour or more. The solution, it seems to me, is to block access to such sites during specific periods but blocking software is expensive. So, being a computer freak and ex-IT Professional, I decided to turn some of my scripting skills to creating a system that would act as a barrier to such sites. 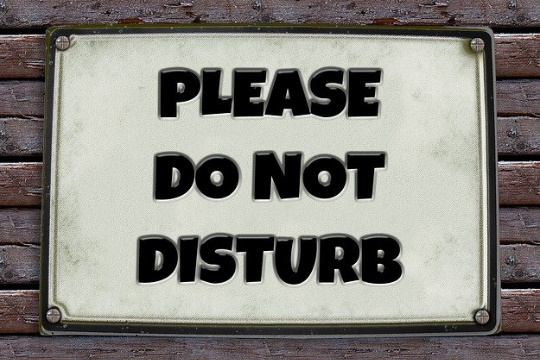 Initially I envisaged this as a writer's tool to allow them to write with less distraction but it is easy enough to see how this could benefit almost anyone working from home, perhaps even used by parents wishing to ensure their children do homework during certain periods.

Let’s start from basics. The file we need to concern ourselves with is called hosts and, on a Windows system and assuming Windows is installed to your C: drive, you would find it in the C:\Windows\System32\drivers\etc\ directory. Without going into too much technical detail, the names you type into browsers (facebook.com for example) are translated into what are called IP addresses. For example, Facebook.com has (at time of writing) an IP address of 157.240.240.35 but, more importantly (for my blocking system), your local computer (all local computers to my knowledge) will always understand that the IP address 127.0.0.1 points to itself. Windows will ask other devices and resources where various internet sites are but it will check the hosts file first and if that file directs it to look elsewhere, that is where it will look. In other words, if we can tell your computer that facebook.com is actually at 127.0.0.1, it will look at itself for Facebook and, of course, will be unable to find it because Facebook isn’t on your computer, it's on the internet. So, all a blocking system has to do is change the hosts file to block specific sites for the period we want it to and, "Hey Presto!", we have a scheduled website blocking system. The normal hosts file, at least on a relatively new install of Windows, might look like this: In order to block Facebook and Twitter you would need to edit the hosts file to include the following lines: These two lines tell your system that both sites are on your computer (which they aren't) which means the sites are blocked. You could do this manually but it would be extremely tiresome to do it each and every time which is where my RSQ Anti-Distraction system comes in; it does these things automatically and to a specified schedule.

The RSQ Anti-Distract system comprises three files. These are:

The remaining task is to schedule the batch file in order that it will apply the changes on boot and between the times you have specified and, in Task Scheduler, Windows provides the means to do so.

At this point you should be ready to go, hopefully this will serve you as well as it has (so far) served me.

If the book is true, it will find an audience that is meant to read it.