"THE STONE MAN is a novel that intrigues, enthrals, horrifies, thrills, and hits the reader with an emotional resonance as only the best stories can." I've been reading science fiction since the very early seventies and so much of what I read was SF in the more classic sense, where it wasn't so much science as speculative fiction. The moment I read the description for Luke Smitherd's book, "The Stone Man", I was intrigued.

I've been reading science fiction since the very early seventies and so much of what I read was SF in the more classic sense, where it wasn't so much science as speculative fiction. The moment I read the description for Luke Smitherd's book, "The Stone Man", I was intrigued. The general idea, based on a split-second event, is simple. A huge stone man appears in the centre of Coventry in the middle of summer and a reporter, Andy (the story's main character) is there able to record events surrounding it. Assuming it's a stunt he soon realises it is anything but when, without warning, the stone man starts walking on a path that takes it straight through a nearby building with inevitable casualties. From there the story follows Andy as he tracks the destructive stone man across the country. The book is described as a science fiction thriller and that's true but, having been immersed in the stuff for over fifty years, "The Stone Man" seems to me to hark back to that time in that it is more of a classic "what if" tale than science fiction. In that sense, the book asks and tries to answer the simple composite question about the stone man: Where has it come from, where is it going, and what does it want? My first book by this author, I found the slow, deliberate style quite difficult to get to grips with and, at one point, damned near gave up. However, about a third of the way in, Smitherd clarifies the stone man's purpose (at least as it affected humanity) quite magnificently and brutally. From that point, I became much more interested and that interest turned into an enthusiasm that lasted to the end of the book. There are some interesting characters in Smitherd's tale. There's Andy, the story's central character and the reporter on the scene when the first stone man first arrives, a single minded and somewhat bitter individual somewhere on the autism scale who seems to relate better to the weird events he sees going on than he does to the people around him. His attitude towards others borders on vicious but that same attitude sharpens and personalises the story all the way to its brilliantly executed conclusion. Andy is single-minded in his pursuit of the answers to the questions he sees, especially after the military, refreshingly led by a female Brigadier (the British Army has seemingly transitioned to a more equal organisation), becomes involved. The pace ramps up in response to the appearance of more stone men and, for Andy, it becomes a career affirming story. His connection with the stone man sharpens when he finds himself experiencing painful visions that, to him, are evidence of a fundamental link he has with them and, if he can only understand and report on what he learns, on the answers to his questions, his career will be made. Andy's strives to put the pieces of the puzzle together, his articles and his resultant fame end up taking him to various locations in the country and even to America as, all the while, the numbers of dead increase. 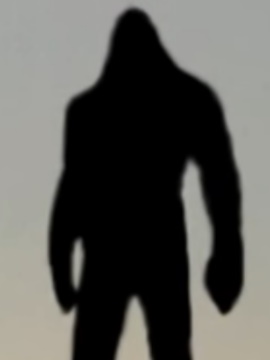 In telling his tale, which is mostly set in the UK, Smitherd presents us with a gritty tale of speculative (and science) fiction that is entertaining despite its ending; a realistic finish that both delights and frustrates in almost equal measure. In general terms there isn't a great deal of violence in the story however it does have its moments and at the scene mentioned above, a moment of extreme and visceral horror, Smitherd clarifies the apparent purpose of the Stone Man. As might be expected of a "what-if" story, the tale is one of suspense rather than action, and, through a series of surprising events, skillfully bringing everything to its dramatic conclusion. I won't reveal the details but it was that conclusion that was, for me, the most frustrating aspect of the story despite the fact that it was probably, given the scenario, extremely realistic. As I say above, Smitherd's tale poses a simple composite question: Where has it come from, where is it going, and what does it want? Although it doesn't answer one of the parts it does answer the others ... sort of, so I guess that's something. I've read several more books by Smitherd, including the first stone man sequel ("The Stone Men"), and I am honestly beginning to think that's just the way he rolls. In conclusion, the book started slowly but it found its groove and I enjoyed it all the way to the end. One final thing. I am, by nature, a grammar Nazi, it goes without saying (although I have) I am likely to spot any obvious grammar and spelling errors and perhaps it is a tribute to Smitherd's storytelling but I don't recall there being many, despite the fact that many Amazon reviewers insisted on numerous typos and grammatical errors.