The concept of biodegradable ammunition, perhaps inevitable because of the level of environmental concern, started many centuries ago as a training-only idea with no military intent to replace live fire shells. It had long been recognised that live-fire ranges, far too dangerous for human use due to unexploded munitions, often resulted in unofficial wildlife sanctuaries which effectively meant the military had gained a significant role in conservation and species protection. In addition, both hunters and sports shooting enthusiasts had been pioneering the use of biodegradable ammunition within their various organisations. 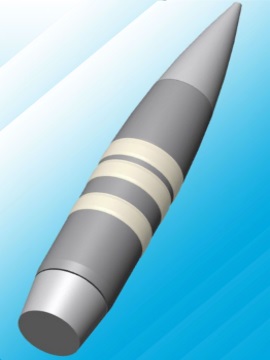 Concerns centred around the length of time such munitions took to degrade, the pollution of soil and water as well as the cost of clean-up which, at the time, was estimated to amount to hundreds of billions of dollars. Continued research, aiming to replace existing ammunition that caused lasting environmental damage, led to the use of biodegradable ceramoplastics that were found to be superior to the leads and transuranic metals used in various munitions. Indeed, some shell casings were impregnated with seeds that would grow once the spent munition had degraded sufficiently. Investigation of older military sites led to the realisation that much of the damage was historic, dating from times when there was little or no public awareness of environmental issues. However, even modern sites generated significant levels of toxic waste, pollutants varying from the burning of explosives, chemical leaks and heavy metal deposits including lead which was known to result in brain damage. There was a push towards assessing the projectiles of different weapon systems to see if they could be made less harmful to the environment especially since a number of manufacturers had already marketed lead-free munitions. A shadier offshoot of the environmental ammunition movement was the use of ammunition used in handguns or rifles that degraded rapidly after impact leaving no easily detectable traces for forensic examination. Enthusiastically adopted by both the criminal elements in society and The Assassins Guild, the technology was adapted for use in biodegradable knives and swords.