Although they can be built to purpose, an armed merchantman is typically a freighter that has been subsequently armed and armoured and then sent out to protect convoys. The first recorded incident of space vessels of this type was during The Extent's expansion phase when there was a massive increase in emigration to the new colonies that Earth wanted to control. In addition, with the hypergate network steadily linking colonies back to Sol, Earth wanted to control the colonies themselves and put them under increasing pressure to accede to control. They resisted, passively at first, but ultimately more aggressively at both planetary and system levels as several systems began adapting heavy merchantmen into armed vessels. 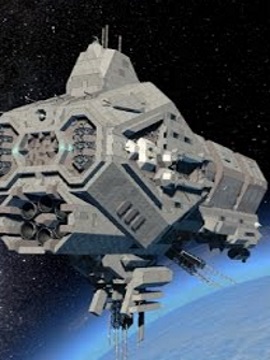 In the early twenty-fourth century, in response to Earth's increasingly aggressive attempts to regain control of their colonies, the colonies increased their programs of merchantman conversion as more established systems began to build small multi-role military vessels. In the mid twenty-fourth century, the barely formed United Colonial Systems ambushed Earth's First Fleet in the Sanctuary system using a fleet of heavily armed merchantmen that carried out near suicidal attacks on the fleet inflicting heavy damage and destroying many Earth ships. In military terms, the armed merchantman was slowly relegated to personal and corporate use, replaced by purpose built military vessels, but recently made a comeback in the late twenty-eighth century when the Geist created the merchant raider. Built to supplement the Geist's depleted cruise bombers after The Kinetic War, the merchant raiders were faster and more powerful than Saxon armed merchantmen and rapidly destroyed large numbers of Saxonian merchant ships and even several smaller military vessels.