I like both the "Buffy The Vampire Slayer" and, set in the same universe, "Angel". I also like the idea of crossovers where one scenario is crossed with another one to create what I would hope is an interesting mix so, I decided to give it a go. 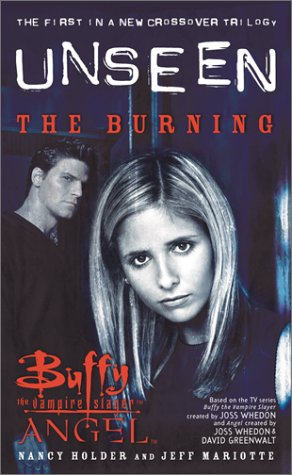 The book seemed competently enough written but I found it rather empty. It had vampires, fights, some witticisms and a fairly cohesive story line but, when writing something that has already been demonstrated as excellent, that seems inadequate. It needed to do more, to reflect the real characters in the series, their humour, their smart-aleck teenage quips, the insight into teenage angst that the series did so wonderfully and unfortunately this book doesn't. Quite why the authors decided to call this a "crossover" series is mystifying as, with Angel already a direct Buffy spin-off and set in the same "Buffyverse", there is little of interest to be explored, all it did was to reunite two sets of characters that already know each other well. So, the book is not really a crossover. There seems little to recommend this book; not only does the story inadequately reflect the characters I have come to know and love in "Buffy" & "Angel" but the author's also play a cruel trick on their readers. Around a third of the way through the book I was losing interest and was ready to give up but I stuck it out hoping to gain something from the book's conclusion but even that small mercy was denied me. As I resolutely started the final chapter, I realised there were simply too many aspects of the story to bring together and, by the end, it became clear that the book is not a complete story; all of its thread lines were to be resolved in later books. I was surprised and disappointed as nothing on the cover suggested that was so and, in my opinion, a book should have at least some of its components brought to a conclusion. So, I'm sorry Nancy, I'm sorry Jeff but not only am I unwilling to recommend this book or its sequels, I will not be parting with any more cash to subject myself to more of your work.

I am your father.