The "System States Rebellion" is a series of books written by Dietmar Arthur Wehr comprising three books; "Rumours of Glory", "Rumours of Honour" and "Rumours of Salvation" 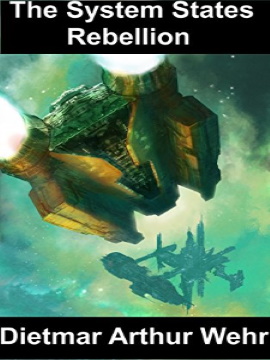 I am a huge fan of the old E. E. "Doc" Smith books, the "Lensman" and "Skylark" series in particular and it was always with a huge sigh of satisfaction that I put those books down no matter how many times I re-read them (and I have). It's irrelevant that they're dated both technologically and socially or even that they contain bits that, these days, I skip through partly because I've been there (done it before) but mainly because I want in on the big battles both the physical ones and the mental ones. The endings are always climactic and even though I've read them countless times before, even though I will read them countless times again, even though I know exactly what is going to happen they never failed to satisfy IMO. Somehow the ending of "Rumours of Salvation", the final book in the series, failed because it was little more than "and then they blew them up ... the end" and from reading some of Wehr's other stuff I know he can do a lot better. I think (not sure) that it has to do with there being no direct confrontation between Drake and Majestic at the end, one where Drake very nearly doesn't kill the demon but I certainly didn't feel that way at the end of his earlier series, the "Synchronicity Wars" series. Like I say above it was (given the scenario) probably quite a realistic ending but as I said in a review of Harry Turtledove's WW2 alternate history books the last thing I (as a reader) wants is reality, I get that every day of my life, I want something more than that, I want heroes, I want villains, I want the kind of action I will never, in a million years, really see.