I'd like to talk about science and science fiction as the two, I feel, are inextricably linked. As a science adherent I have the kind of science knowledge I believe most should have but unfortunately don't; it wasn't always that way. As a teenager, though a devotee of science fiction for several years, I considered myself reasonably open-minded about other genres, and talked enthusiastically about my love of reading, of science fiction and the educational value contained within much of it. Despite some disparaging views hinting that it was somehow unworthy, science fiction and fantasy have become extremely popular in written form as well as in film and TV which has made such attitudes harder to justify. Though science fiction remains my favourite genre I have branched out towards thrillers, horror, comedy, fantasy and occasional other genres and, since I started writing, I have actively pursued such interests on the basis that alternate genres can only serve to improve my writing. 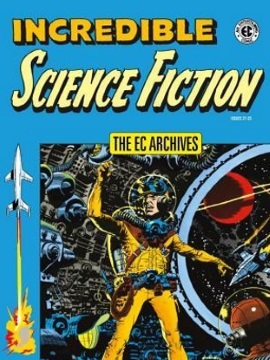 To me, the most astounding characteristic of science fiction is its ability to educate and to expand the mind, something I assume is true of other genres. When I started reading science fiction aged thirteen the golden age of science fiction was winding down and new authors were coming onto the scene. I was reading books by the acknowledged masters of science fiction; authors that (even today) are held in high regard by readers and writers alike, authors like Heinlein, Asimov, Clarke, Silverberg, Bradbury and so on. They educated me, taught me about gravity, evolution, physics and generally whet my appetite for science. Indeed, I'd go as far as to suggest that if it hadn’t been for science fiction I might not be as enthused about science as I am and I might not love computers as much as I do. That has given me some very particular views with respect to science fiction. As a science fiction writer, it seems to me that one has to have a good grasp of what is or is not possible, not necessarily now but in the future; more than that, it has to be reasonable. To give an example of this, it might be that in the future we will develop the power of alchemy that will allow us to convert base metals into gold. I'll grant that such might be possible somewhere in our future but we can't do it now and it seems more than a little "far-fetched" to advance that we will be able to. For a writer, they take the risk that their novel will end up as fantasy rather than science fiction. Still, with sufficient thought and a good explanation, it can be done. In the future we may be able to travel to other star systems, something we also can't do now in any realistic sense, but a reasonable extrapolation of what we currently know implies there is a good chance we might someday reach such distant places. A more common claim, implied within film and TV, is that there will be war in space, that pilots will be able to climb into fighter craft and fly them, wheeling and spiralling, like conventional planes through space, something that appears extremely unlikely. Such manoeuvres require the application of aerodynamic principles against an atmosphere and, in space, there's no appreciable atmosphere. In such environments we would likely be required to slow down and accelerate in the opposite direction though, since such movement is relative, it will also be possible to appear to accelerate towards another craft whilst actually moving rapidly backwards. On the plus side, such fighters might be able to pull some very cool manoeuvres like turning backwards, whilst moving forwards at potentially very high speeds, to fire on the craft harrying from the rear. But what, exactly, is science? Science, or more accurately the scientific method, is a way of thinking about and investigating the universe and generates a database of knowledge. It is a methodology dictating that any interpretations based within the scientific knowledge base should be necessarily derived from properly derived data. A scientific theory, not to be confused with the common usage of the word where it equates to a "good idea", "a wizard wheeze" or "a guess", is an extensive explanation developed from well-documented and reproducible sets of data derived from experiments which repeatedly observe natural processes. A scientific law, despite its grandiose categorisation, is something "less" than a theory, a generalised description of an ideal or isolated system effectively describing the behaviour of something in a perfect system. All scientific explanations are based on broad generalisations of the way nature has been repeatedly observed to operate. All are falsifiable which essentially means it must be possible to conceive of an observation which would invalidate it. All are verifiable, meaning it must be possible for others to verify the results (typically by peer-review) using either the same experimental techniques or different ones. And, finally, all scientific explanations must be tentative meaning that no scientific explanation can be considered absolute regardless of how much it may seem to be at times. In this sense, science is best viewed as a self-correcting attempt to understand the observable universe and can be viewed as our best current explanation of the universe we observe around us. So how does that affect the science fiction writer? A story is a complicated beast and it is important that a plot makes sense, that the characters are realistic and that in a general sense the whole hangs together, in short that it is believable. For science fiction, a story's believability hinges on science, on the science being accurate or a reasonable extrapolation of known science. Of course, "reasonableness" in science fiction is something for the reader to decide and depends on a number of factors such as how far in the future it is set, whether it is set in an alternative history/dimension or indeed whether it is set in an Earthly scenario at all. Such constraints affect contemporary writing as well; if a savage with no real idea what an aircraft was or how it flies was, later in the story, to take control of an airliner when its pilot was somehow incapacitated, suspending one's disbelief might be challenging. Science fiction requires you to suspend your disbelief and, whilst nothing says you can't explore your weirder ideas, all I ask (as a reader) is that you (the author) explain that scenario, tell me what its rules are and from that point on, stick to them.
Thanks for reading. James C. Rocks, Author ("The Abyssal Void" Trilogy)

To produce a mighty book, you must choose a mighty theme.