This website is primarily designed to support my writing but I am also human and I have opinions that range over a wide area so I hope you'll consider indulging me as I talk about something that has been taking up a great deal of my time recently, Britain's impending withdrawal from the European Union, colloquially referred to as Brexit. 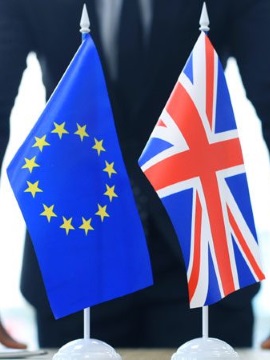 I was one of the 48% of those who voted to Remain and, though I sometimes have despaired of some of the things said by those of the EU side, I am still a Remainer. I want to stress that I am, in political and economic terms, a relative "know nothing" yet, like everyone else who voted, I was asked to become a politician, a diplomat and an economic specialist for one day. Of course, I, like most others, couldn't become that but I did do some research and, very briefly, I voted remain for the following reasons: Last week, following a number of standard mails to my MP (Helen Whately), I received the following email:

Being me, of course, I wasn't satisfied with that response and responded as follows: My best guess is that Mrs Whately won't reply since my email was fairly long but I wait to see if I will be proved right.
Thanks for reading. James C. Rocks, Author ("The Abyssal Void" Trilogy)

The ships hung in the sky, much the way that bricks don't