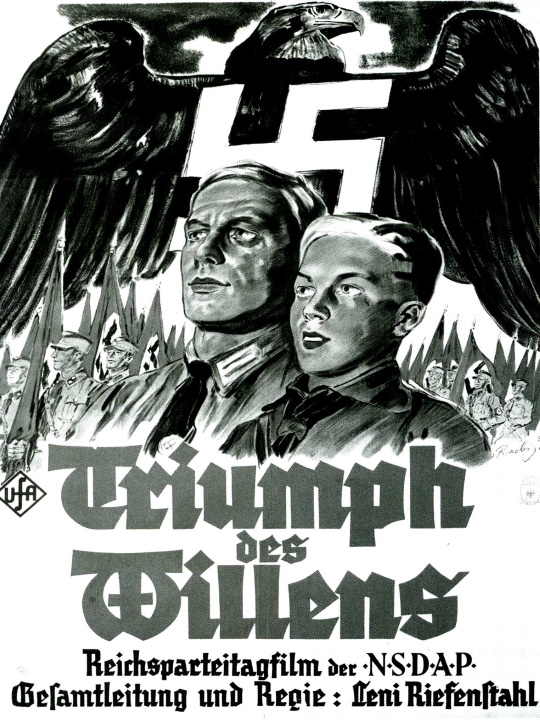 A propaganda film has the aim of representing the expected behaviour of people under stressful conditions. The objectives identified in the protagonists are loyalty and success, not survival, though some successful protagonists will be identified as successful through their survival. Therefore, all propaganda films have four types of character and, in order to accomplish this, they all represent only one side of the story, examining the other side might have the effect of rendering some sympathetic antagonist to be perceived as a protagonist. The four types are: In every propaganda movie these types are clearly identified.

The hero of the story has the characteristics one would expect of a hero: courage, imagination, physical or intellectual prowess.

Above all the Successful Auxiliary Protagonist (SAP) is obedient to the wishes of the protagonist-authority. This obedience is portrayed as generating for the SAP respect and either a noble death or long life. In exchange for the obedience the SAP receives both that respect and some measure of dignity.

Unsuccessful Auxiliary Protagonist's (UAP's) are disobedient, ignorant or shallow. They are shunned because of their lack of obedience and therefore lose respect and dignity. In many propaganda films only UAP's and heroes die on the protagonist's side. Heroes and SAP's showing respect to UAP characters are always scenes used to deepen understanding of their own characters, this is clearly identifiable by the fact that the UAP almost never survives the respect gathering process.

Seldom, if ever, portrayed in depth, character development or detail, the antagonist, is usually not identified by name, usually not permitted to carry a single character for any length of time. The aim is to represent the antagonists as a supply of essentially identical, two-dimensional characters. The following is a simple example.

In the 1996 film, "Independence Day" (ID4) there are three heroes: The President, The Fighter Pilot and the Telecoms Scientist. All survive but all encounter trials along the way permitting them to show their heroic traits. Each demonstrates, on screen, how to handle difficulties with dignity except for the Scientist. The scientist is set up at the beginning of the film as a disobedient person, great pains are taken to ensure that you know this character is not prepared to accept authority readily, so much so that within minutes you are aware of a physical confrontation with the president. His disobedience makes him chaotic and unpredictable when confronted with difficulties, he drinks and becomes irrational. At a critical juncture of the film, however, he is able to use his intellect to assist the president and immediately becomes loyal and obedient, thus his character shows development into the hero where the other two have those traits from the opening credits. His character is similar to the Richard Attenborough character in "In Which We Serve" (1942), starting as a coward in that case and becoming an SAP by the end of the film. 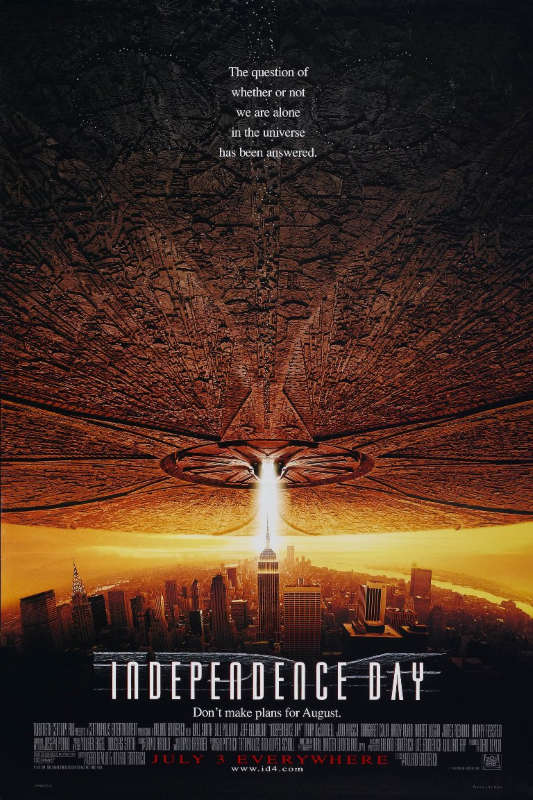 There are a number of SAP characters in Independence Day. The father of the scientist displays obedience from the first reel, horrified at his son's conduct. The biplane pilot goes rapidly from UAP to SAP, learning obedience to a higher purpose and accordingly earning a heroic death for his pains. His son is an SAP from the beginning of the film, obedient and sensible, demonstrating the dignity required of an SAP when his father dies. The president's staff includes a young woman who behaves in an irreverent manner at the beginning of the film but instantly becomes obedient when it is required. This is an important lesson of this type of film, showing how 'anyone' can become a productive person if they are prepared to become obedient when necessary, again her dignity under pressure is shown on at least three occasions during the film. The fighter pilot's girlfriend is a classic SAP, loyal, responsible and obedient. "Independence Day" has a number of UAP characters. The president's advisor, sacked because of disobedience, the president's wife, killed because of disobedience, and the exotic dancer killed by disobedience and ignorance. In "In Which we Serve", an entire family is wiped out through disobedience, with one sensible, obedient survivor. Another ID4 UAP is the other fighter pilot, disobeying the instructions of the fighter pilot hero immediately kills him. As for the antagonists, they are lacking any character, development, individuality or respect. They are treated more like a disease than an enemy. Accordingly, the message sent out is that, in order to earn respect, to survive and to live with dignity all people must display utter obedience to their leaders even at grave personal risk. All disobedient people will lose respect or die foolishly.

Science fiction writers, I am sorry to say, really do not know anything.