I recently watched Joss Whedon's "Serenity" again and, though I didn't enjoy it so much first time, enjoyed it rather more. I'm not saying it was a better film than I thought it was first time round, I was just more willing to put up with the problems I saw in it and my expectations were so very high back in 2005. It is, of course, unsurprising that I was expecting it to be a good film since I was an avid fan of the series and have subsequently seen other examples of Whedon's work. 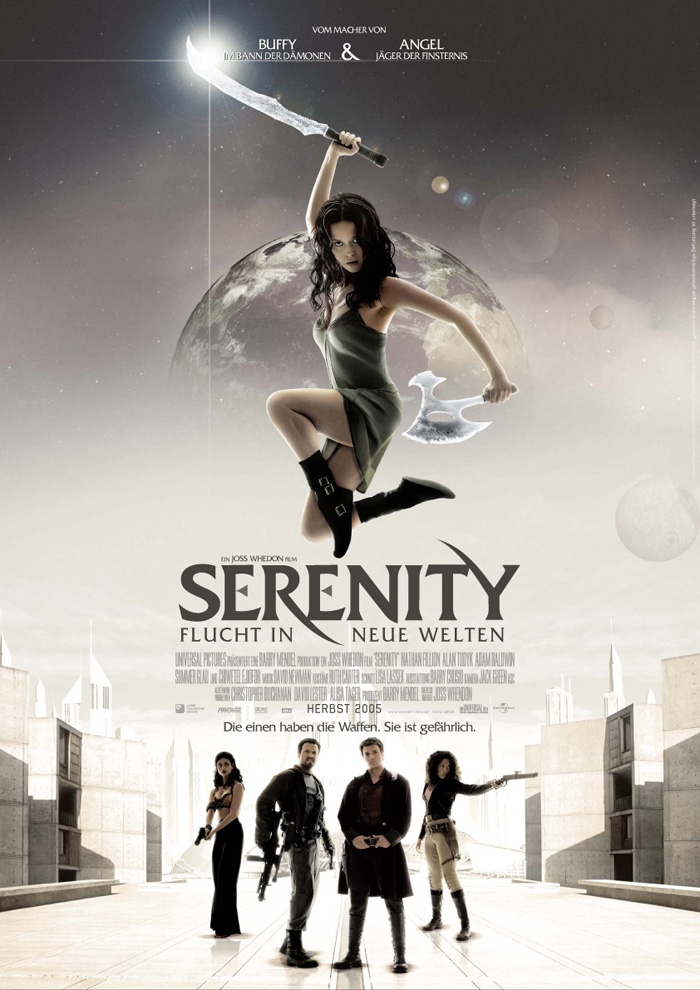 It is clear to me that Joss Whedon (creator, writer, & director of both the "Buffy The Vampire Slayer" and "Firefly" TV series ... the latter upon which the film is based) is a man of remarkable vision & style ... in short, he is a superb storyteller. In addition to those writing credits he rewrote the script for "Aliens", he wrote a number of episodes of the "Babylon 5" TV series, he directed "Avengers Assemble", in my opinion still the best Marvel superhero film and he's a straight down the middle atheist; the guy is smart! Indeed, everything about the man screams out GENIUS to me which is why I was so looking forward to seeing "Serenity". "Serenity" was in many ways one for the fans of the series, it doesn't actually require you to have watched it but you'll appreciate the finer points of the film far more if you have. The writing, as anyone familiar with Whedon's work would expect, is superb ... it is funny, interesting, cool and sharp in more ways it is possible to say in a piece like this. From the moment the films opens with the ship in a cataclysmically bad descent into a planet's atmosphere whilst the director introduces us to the main characters of our film to it's very end through scenes of high violence, almost ballet like, fights and others with superb CGI we are taken for a ride ... a long, brilliant and thoroughly entertaining ride.

The vision of Firefly/Serenity is, from a writing point of view, a good one ... humans have used up the Earth and moved on to another star system (get that a star system, not out into the universe as a whole) that has a relatively large number of planets and moons that have been terraformed (made Earth-like), even the relatively small moons. Here's the clever part from a writing perspective ... aliens don't exist in this "universe" and that means that the plot can't rely on the presumed unusual nature of alien life or culture for its story and that, to my mind at least, means that the writing must rely on the idea of a purely human existence in space. And it does ... humans have diversified, there are rich, there are poor, there are the central highly cultured planets and there are the barren, agricultural and primitive outer worlds, there is the controlling influence of the all-powerful alliance and the horrors of the Reavers (degenerative people so long divorced from society that they no longer know what it is to be a human). The "universe" has just recovered from a war ... the rebels have lost to the alliance, most of the inner planets are happy that their alliance side have won and only a few know of the existence of shadowy governmental agencies operating without care for people's rights within its corridors. 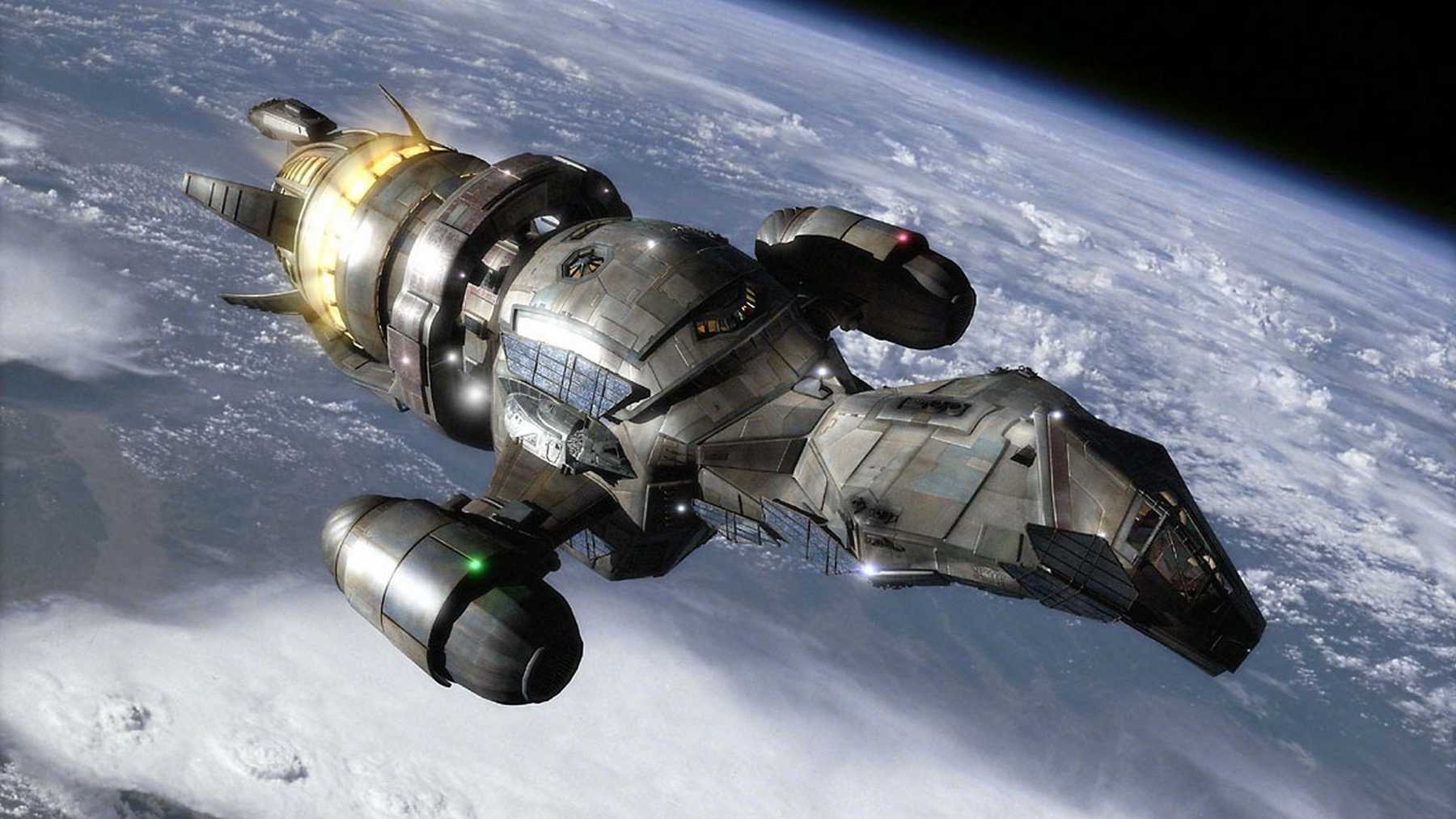 Within this "universe" sail the crew of "Serenity" (named after a significant battle, the battle of Serenity Valley, fought between the Rebel "Browncoat's" and Alliance forces), a barely patched together Firefly class freighter and, it will come as no surprise, captained by an ex-rebel sergeant, Mal Reynolds (Nathan Fillion). Reynolds regards his crew, passengers and actual crew alike as his family and looks after them in the same way as a soldier/officer/father figure and will take almost any job legal or illegal to make sure he can keep them flying and put food on their plates. Two of the passengers he picks up turn out to be badly wanted by The Alliance and some of the shadow agencies will stop at nothing to get one of them, River Tam (Summer Glau), back. 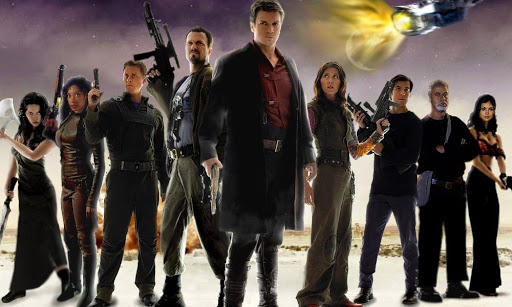 Despite their being no aliens there are dangers in this universe such as The Alliance itself and, in his own small way, Reynolds challenges the hated Alliance's authority at every opportunity. There are criminal elements for the crew to deal with as well as the terrifying Reavers who, according to Serenity's second in command Zoe (from "Firefly: The Series"), would "rape their victims to death, eat their flesh and sew their skin into their clothing ... and if the victims were lucky they would do it in that order". 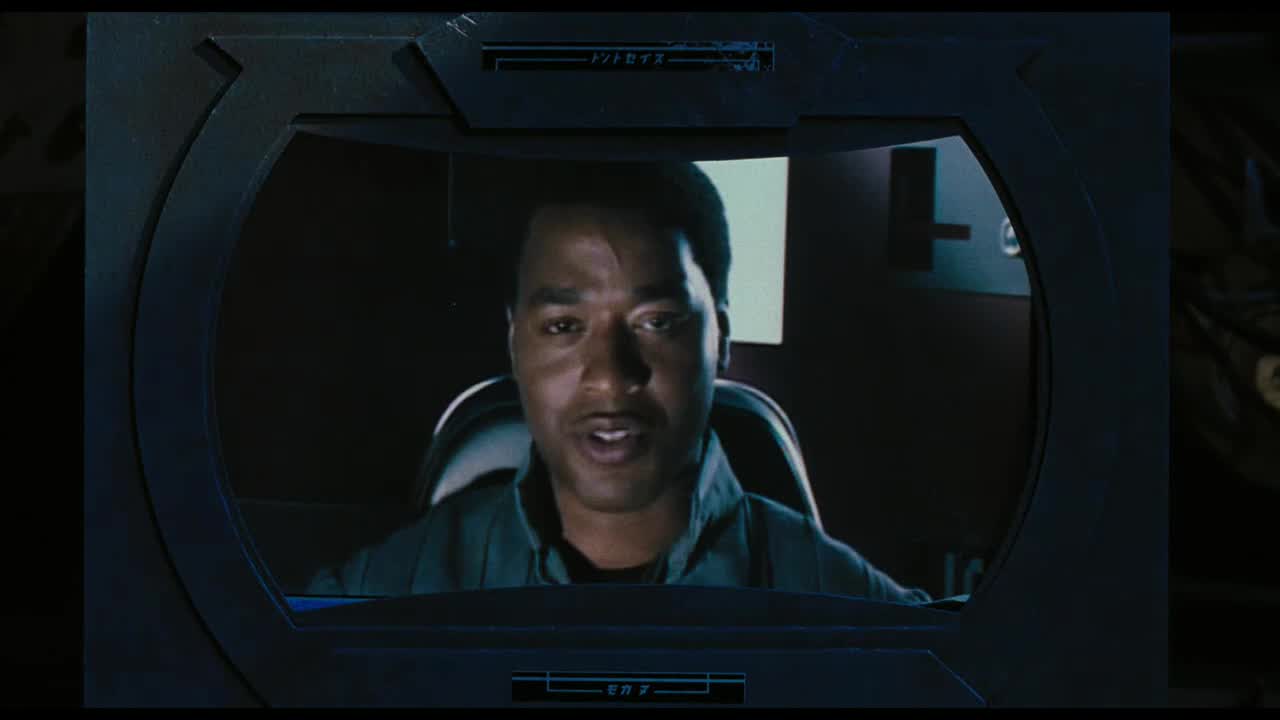 Whilst I wouldn't classify it as excellent, as an action film, "Serenity" works reasonably well however there is little doubt in my mind that it works better if you already know & appreciate the cast, crew & story and it is, unfortunately, in that respect that I felt the film failed in a fairly major way. By sticking almost wholly to the story and values of the original series while still trying to appeal to non-Firefly aware cinemagoers Whedon had to strike a middle path between big budget film and extended TV episode and unfortunately, IMO, that doesn't work as the two are very, very different beasts. The TV style of Science Fiction presentation is for storytellers which Joss Whedon most definitely is, the film style of science faction is for smack-bang-crash adventures set in space and Whedon's "Serenity", in trying to hold faithful to both, falls short of both ideals. One other problem I had with the film, IMO a casualty of the attempt to make the series into a movie, was the Reavers themselves. In "Firefly", the series, we saw a Reaver ship, we saw the dead and mutilated bodies of some of Reaver victims and we saw one psychological casualty of Reaver cruelty but (and a friend of mine disagrees strongly with me on this point) we never once saw a living Reaver. 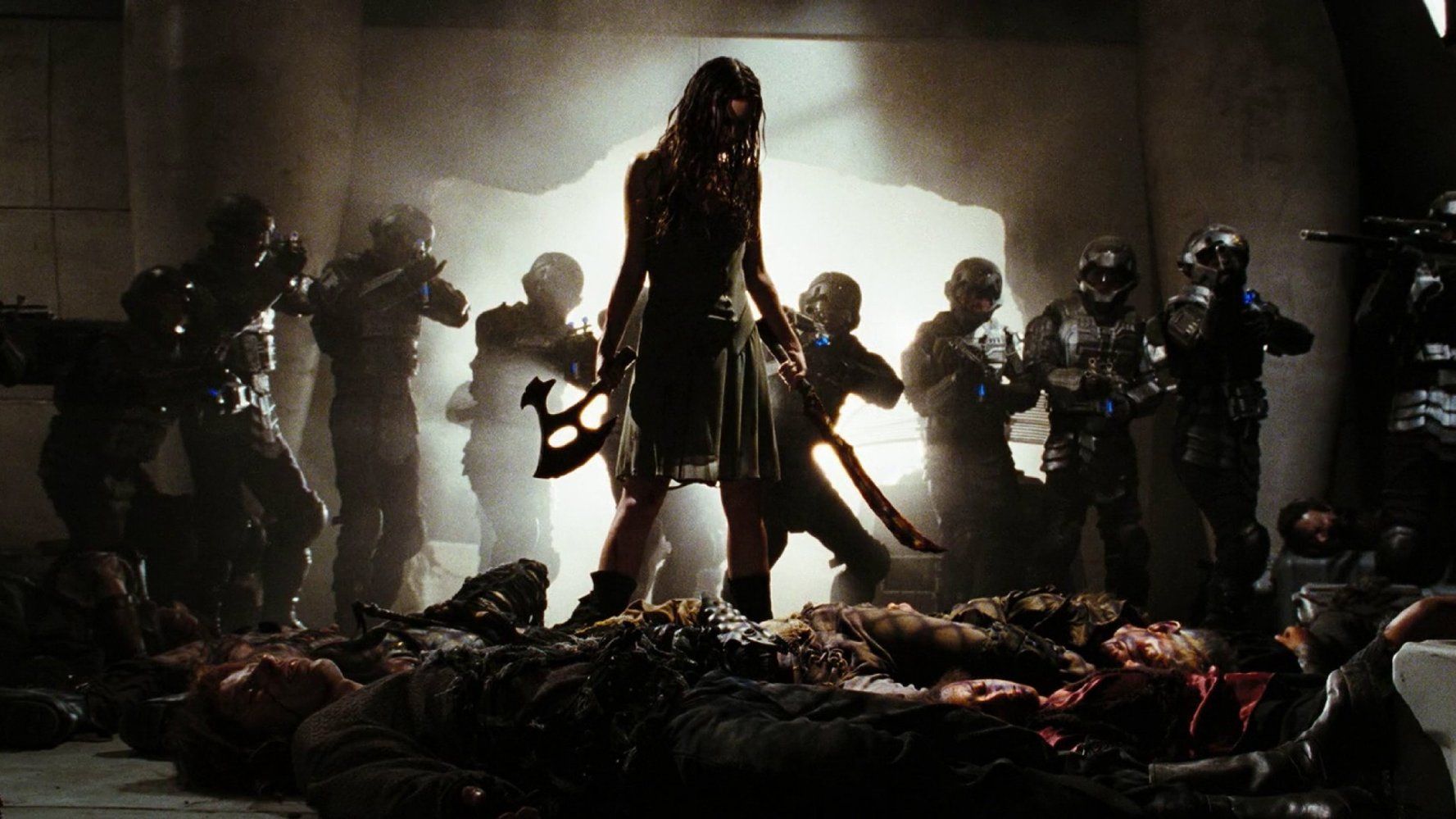 In the film we not only get to see whole fleets of Reaver ships (something the series, to my mind, strongly hinted the Reavers didn't organise into) but we got to see the Reavers themselves and at the moment they appeared on the screen they dropped, in my mind, from what was possibly the scariest thing in the whole Firefly universe to what looked like a bunch of not very nice, bloodied, men in Klingon style apparel. If there is one thing I would like to say to Joss Whedon about this film in comparison to the series, it is that what we can't see, what he so marvellously made us fear without knowing, is a whole lot more scary than what we can. "Serenity" is a good film, action-packed, exciting with a pretty good story and some truly impressive CGI, it just isn't as good as it should or could have been ... I give it 7 out of 10. Thanks for reading.

The trouble with having an open mind, of course, is that people will insist on coming along and trying to put things in it.