Slam Zero, in its purest form, is a zero-gravity sport played by teams of varying size (typically three, five or seven) with players wearing lightweight protective suits and helmets. Most systems will have a zero-gravity sports complex in orbit around one of their planets and Slam Zero is the most popular Extent-wide sport at present. Although lightweight, player's suits are equipped with stabilising and thrust mechanisms that allow them to move around the play area as required by the dictates of the game. The thrusters are relatively weak (mandated) so most players prefer to push off from the sides of the arena or from any static objects placed throughout the gaming area. 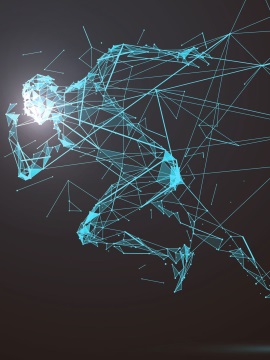 Prime League Slam Zero is played in a transparent spherical "Play Arena", fifty metres in diameter, with three-metre-wide circular goals situated at opposing ends of the arena. Each goal is surrounded by a one-metre buffer zone and the "Play Axis" can be considered an invisible line drawn from the centre of one goal to the centre of the other. The play arena is broken up into curved "slices" with the hemispherical ten-metre-wide (five-metre-deep) "Home Zone" around each team's goal, the fifteen-metre-deep "Defence Zone" which includes all space fifteen metres from a team's goal apart from a team's home zone and the "Battle Zone", the region that encompasses all the remaining space in the play sphere. The battle zone may also include static objects that players can jump off from or use tactically for other purposes but no player can enter the opposing team's, Home Zone. This means that all direct "combat" must occur in the defence or battle zones. Whether or not a game has static objects in the battle zone is usually determined by the league. At the bottom of the arena is "The Launch Pad", a five-metre-wide turret containing a long AESRA enabled tube (a low powered kinetic gun) that rapidly rotates to point in any direction along the surface of the play sphere. League games will have at least one referee who sits inside a small hemispherical observation chamber on the opposite side of the sphere to the launch pad. In five or seven player games, there will be one or two additional junior referees in similar units that slide around the inside wall of the play arena. A match is typically one hundred minutes in length and this is broken up into five twenty-minute play segments. There is no injury time but if players are deemed to suffer injury or foul another player it can result in the offending player being sent off, the injured player replaced and bonus points being awarded to the adversely affected team. If scores are tied at the end of the standard play period, there will be an additional unmetered "sudden death" play period where the first team to score will win. At the start of a game and after a goal is scored the launch pad will fire "the slug", a five-kilogram padded steel ball, clockwise or anticlockwise around the sphere relative to the play axis. Both teams, starting within their thirty-metre "Defence Zone", will attempt to get control of the slug. Passing the ball from player to player, they try to get it deep into the opposing team's territory and score by launching it into their goal from any point outside their home zone. Teams will usually leave one player in their home zone to cover their goal and points are awarded for goals (a ball going into the goal) and strikes (a hit in the buffer zone around the goal) ... goals are worth three points whilst strikes are worth one but result in a battle zone penalty, one player against the whole barricading team with a goal worth five points. Players communicate with each other using inbuilt radios which will have a heavily encrypted team band and an open "all-player" band. In addition to the player's, teams are known to support "illegal" bands of hackers who try to cause havoc by breaking the opposing team's encryption during the match. Of course, experience has taught team managers that a team remaining on the same encryption standard for too long will lose games. Most professional teams now also employ AI scanners that monitor their team's frequencies for signs that their encryption has been broken. The game can get fairly violent but, although there have been injuries bad enough to force retirement (even after medical treatment), there have been no deaths in the major leagues for over fifty years. Only three players are known to have returned to play again, the beneficiaries of new medical regeneration technologies, after suffering injuries serious enough to end their careers. Standard Slam Zero involves two teams but minor variants have involved three or more teams in simultaneous combat. Such variants have a tendency to be less regulated and far more violent than the major leagues. Excerpt from "Slamming It Home, My Two Lives In The League" by Artur Zebrowski, 2758

I'm also just a girl, standing in front of a boy, asking him to love her.