A twenty-nine-year-old Marine Officer who prefers to be called Kurt rather than his first birth name, Eric. He is a specialist working for the Special Naval Intelligence Service based at Port McKinley but he currently calls Enlightenment, New Liberty (New Liberty) his home. He comes from a family that holds its Swedish ancestry proudly. McKinley's new Port Admiral believes Bergstrom has served superbly during the continuing Abyssal Void War and understand that he has no plans to leave the military at present. Despite the danger, Bergstrom enjoys his work, finding it challenging but rewarding. He is the oldest of three siblings and, for most of his training, acted as senior officer of his Class of '93 Marine Trainees based at McKinley. Bergstrom's best friend and fellow trainee officer is Ariel Weinberg. His father is a prominent surgeon on Faculty in the Research system and his mother, Katherine, was a nuclear physicist and UCS AI research officer based on New Liberty in the Sanctuary system. Bergstrom has two younger sisters, fourteen-year-old Rayala and sixteen-year-old Ritha, both born only shortly before he left for the Karma Military Academy on New Liberty. 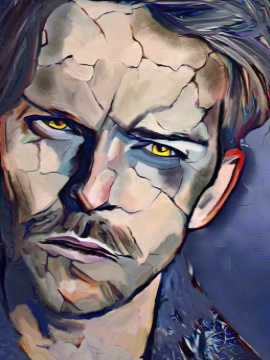