Kiyo Matsuyama ("Kiki") is a Bunrui Jigyōbu specialist and, to society in general, a wealthy socialite. She was born on April 21st, 2763 in Yori, Hiroshi and is 30 standard years old (just over 25 Hiroshan). She is the first child of Yori Matsuyama and Kiya Utsubo-Matsuyama, two of Hiroshi's most famous entrepreneurs before their deaths in 2781 and 2788 respectively. She is one-quarter LaVie (on her mother's side). 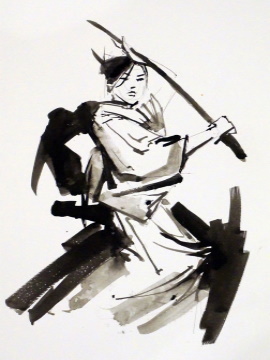 It was a bright cold day in April, and the clocks were striking thirteen.