Ariel Weinberg is a thirty-year-old UCS officer born on Fulcrum in the Lucille system. Olive skinned with short brown hair she tends to dress casually tomboyish during downtime. She is Kurt Bergstrom's best friend and confidant and is of lesbian sexual orientation. 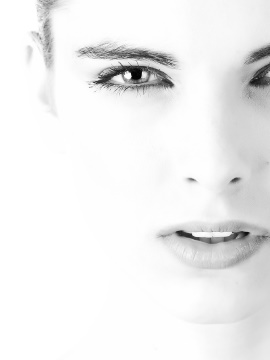 Ariel Weinberg is a thirty-year-old UCS officer born on Fulcrum in the Lucille system. Olive skinned with short brown hair she tends to dress casually tomboyish during downtime. She is Kurt Bergstrom's best friend and confidant and is of lesbian sexual orientation. She is not greatly interested in her relatives but has met two of them: her Great Aunt Miranda who is extremely wealthy and spends her money mainly on her dogs (her little darlings) and her Uncle Patric on her father's side who she considers a bit of a sponger, always "borrowing" things from her parents, often gets drunk and ends up sleeping on the lounge floor. She has few friends except those in the marines; her closest being Kurt Bergstrom. Her most embarrassing moment with him was when he asked her out and she had to tell him he wasn't her type because he was a man, he was a bit surprised but got over it... they went to their favourite bar and got blind drunk. She has had occasional lovers (all female) but hasn’t been able to make a relationship last and she suspects that is because she finds it difficult to express her emotions with them. She relies on Kurt at times like this for emotional support and practical advice. Ariel's childhood was not particularly happy as she found herself largely isolated at school because of her tomboyish behaviour and lack of interest in men. Despite that she tended to do fairly well academically but never really excelled. She went to college and there realised that she was attracted to women. When she told her parents, she found them far too enthusiastic, she left soon after, sidestepped university and went straight to join the military cadets (she did keep in contact with her parents). She has had no career outside of the military and has never had a criminal record or received any civic awards, in her opinion, nothing much of any import has ever really happened to her. In psychological terms, she is fairly open to experience being imaginative, artistic, adventurous and generally liberal. She actively works to gain, keep and protect her friends something that seems (to her) strangely at odds with her reckless attitudes towards her occasional lovers. She loves to eat and drink with friends (especially Bergstrom), enjoys his odd tastes in music and film. Although not a particular fan of sport she keeps herself fit using whatever ship or base facilities are available. Her favourite colour is green, her favourite hangout a good bar that serves basic food and her only important possession is a two-foot teddy bear she calls "Bear".

Time is an illusion. Lunchtime doubly so.