The late Kiya Utsubo-Matsuyama was one of Hiroshi's most famous entrepreneurs, having helped build the City of Yori, the first floating city in the extent. Born on Hattori in 2715, her parents moved to Hiroshi because to support her education. University educated to PhD level in Economics, she started Utsubo-Akio Inc. with her friend, Leia Akio. They were extremely successful rising up the Edo Financial Index to become one of Akatsu's top ten companies but the stress became too much for Akio and she sold her share of the company to Utsubo in 2749. Utsubo relaunched the company as Utsubo Systems Inc. 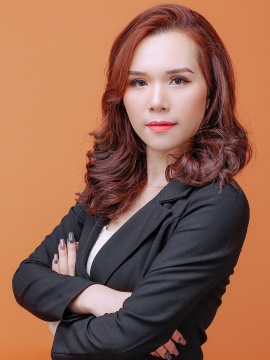 Pale brown skinned with light brown eyes and brown hair, she had an oval face and good health for almost her entire life. She was one hundred and sixty five centimetres tall and weighed seventy-five kilos having a build she considered slight. Utsubo always wore smart, city clothes at work and, although she would dress down a little at home, was always superbly dressed when out in public. Her accent was heavily Akatsu and she spoke very little English. She grew up believing she was full blood Akatsu but upon the death of those she believed were her true parents, found information relating to her late biological parents. Kiya Utsubo did not know her true parents, or even that the people she regarded as her parents weren't, until the day they died in a freak boating accident when she was nearly eighteen. She eventually established that her true parents had been an Akatsu businessman who married a LaVie woman who, with her darker skin, looked enough like a native Akatsu to pass for one. Her adoptive parents had been Akatsu middle class and their estate had been sufficient to allow Utsubo to start a small financial business with her friend, Leia Akio. Within a year the company had developed its own research arm and was encroaching on a million credits annual turnover, within five years that figure was approaching a billion and was employing over ten thousand people. It was at the age of 37 that she first became involved with the startup company Matsuyama Industries which was involved in the conversion of oversize liner bases for use as seaborne housing units. Utsubo followed her adoptive parents as a Buddhist but converted to kami-no-michi on her marriage to Yoni Matsuyama because her husband's religion demanded she follow the same beliefs. After his death in 2781 she dropped back to her Buddhist roots. She had excellent health until Her death in 2788 which, especially in light of similarities to her ex-husband's death, has raised many questions to be raised.

Don't tell me the moon is shining; show me the glint of light on broken glass.