The late Yori Matsuyama was an engineer and one of Hiroshi's most famous entrepreneurs, having built the City of Yori, the first floating city in the extent. Born on Higuchi in 2711, his parents moved to Hiroshi because of her father's work. University educated in engineering, he started working with a liner outfitting company on a liner base that had proven too large for the company to sell. Thinking outside of the box he envisaged its use as something to build on and was able to persuade the company of the value of the idea although they insisted it was his risk. Medium to dark brown skinned with brown eyes and black hair, he had an oval face with sharp features. His health was good and, at one hundred and seventy centimetres tall and weighing ninety kilos, he was considered tall and rangy for an Akatsu. As an employer of Hiroshi Liner Outfitters his dress was fairly casual but as CEO of Matsuyama Industries, he would always wear a formal suit and only dress down when at home. 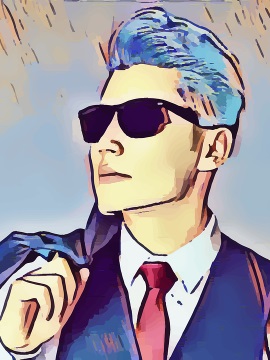 His accent was western, speaking both Akatsu and UCS English exceptionally well and came across as well-spoken with clipped and precise tones. He was naturally nervous and excitable but that would be hard to tell and most that knew him when he was older would say he was controlled. Passively aggressive, he would defend points being made even though his demeanour would be cool, almost cold, throughout and, like his daughter, he showed stress through a nervous tick in the muscles of his right cheek. In style terms, he would wear expensive suits and clothes generally with simple jewellery his favourites being simple platinum earrings. Although his schooling was relatively good, especially in the sciences, he was self-taught in commerce and politics. Matsuyama started his career working for Hiroshi Liner Outfitters where he was tasked with the disposal of an oversized liner hull, two kilometres long and one wide. Ignoring his colleagues' ridicule, he proposed the revolutionary idea of using it to create a floating community. He secured backing from the spaceship manufacturer Sakori, whose Chief Executive Officer, Kiya Utsubo, had an interest in innovation. With Utsubo's backing, he negotiated the hull from his employer, agreeing to concessions if successful, and resigned. Forming Matsuyama Engineering he had the base towed to a location just off the coast of Kyushu. Cooperating with several small to medium-size companies, Matsuyama began to prepare the liner base for residential use and organised the construction of the floating island's first small sixty-storey skyscraper. With Utsubo's marketing expertise, advertising the fledgeling community to the higher echelons of Akatsu society, the floating city became popular with elite buyers. He had relatively few partners and was considered unadventurous though considerate sexually. His personal fortune increased massively and, five years into his business relationship with her, he entered a marriage contract with his co-investor, Kiya Utsubo in 2754 and the couple had a daughter, Kiyo, in 2763 and a son, Shiro, in 2768. Evidence that came to light after both his and his ex-wife's deaths, revealed he had had at least one extra-marital affair and had a child, Aiko Anansi, as a result. Despite marrying Kiya Utsubo, the CEO of a computer systems company, and other evidence he remained convinced throughout his life that men were superior to women something that ultimately led to a breakdown in relations with his wife and daughter. He handled personal loss poorly (though appeared relaxed) and considered that winning was the only form of honourable behaviour. His relationship with his family was generally good but deteriorated later with his wife and first-born daughter when he realised that both were vehemently opposed to his philosophical stance on inheritance, that of passing it to his second born son despite copious evidence that his daughter would be, by far, the better business woman. He generally didn't care for the opinion of others unless those people meant something to him and he was ruthless in pursuit of his own goals whether they were business or personal. He had few quirks and his reaction to a crisis was generally superb. His major accomplishments were the creation of the floating city of Yori, Matsuyama Industries, being six times Hiroshi and three times Akatsu duo-racing champion. He owned a succession of duo-racing cars and was a keen fan of slam-zero. His favourite food was Kobe steak which he preferred blue and ate with warm Saki. His favourite possession was a bamboo framed photograph of his father. He had excellent health until his death in 2781 which has caused a number of questions to be raised about his death even if no specific evidence has been uncovered that would point to a death from a non-natural cause.

I love the smell of napalm in the morning.