Like most religions, the N'Chari religion is a philosophy but unlike many others, it is also a culture and a way of life. In other words, N'Chari describes both the N'Chari who is of the N'Chari culture so it is entirely possible to be an N'Chari atheist i.e. a nonbeliever who is culturally N'Chari. 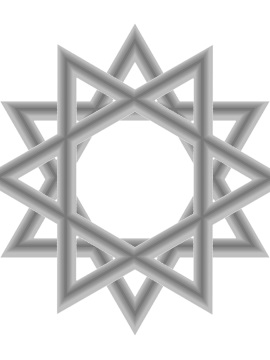 The belief, a spinoff of Judaism, is monotheistic and it is part of the faith that its followers have a true relationship, a covenant with their god describing themselves as The Children of N'Chari. Similar to their parent religion of Judaism they believe The New Torah to be the most fundamental piece of scripture for their religion but unlike them, believe that their homeland is somewhere as yet unfound amongst the stars. A fundamental tenet of the N'Chari religion is that God, appearing as a burning bush, revealed his laws and commandments to Moshet on Mount Sinai. The faith holds that those words still exist on tablets of gold that were stolen by the Philistines then lost and transported by God to their future homeland. Only when a true believer, the Holy Prophet En'Charia, begged and received forgiveness from God was the truth of their homeland revealed to him. That was the founding moment of the N'Chari religion and, since then, the N'Chari have broken up into many sects, Orthodox, Conservative and Reformist as well as the Culturally N'Chari Humanist movements. Despite promises made by the Federation of Empires, the N'Chari remain a divided and nomadic people, eking out a living amongst the asteroids of four planetless systems. This has engendered a high level of ingenuity in the N'Chari people and they have been responsible for a number of key technological developments across the extent including AI and Immersaline. The N'Chari remain the only race to allow AI fighters to fly under their own commands and developed Immersaline to bring their human pilots up to a level near those of AIs.

If the book is true, it will find an audience that is meant to read it.