In medical terms, cloning is the duplication of tissues, organs, limbs and even whole bodies for the purpose of repairing a body that has been damaged. In some cases, particularly when there is damage to complex organs such as the brain, only a part of the cloned organ is used to repair the damage. 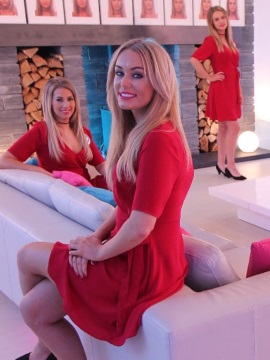 Although many advances had been made by the end of the twenty-sixth century with respect to organ transplantation, advances in limb replacement was much slower and, as a technology, only came into its own as the original core colony worlds broke up to form the scattered nations we know today. The cloning of whole humans was banned under The Justician Treaty (2623) following massive public and religious outcry but. over the next century, attitudes slowly relaxed as some of the benefits were realised and organ regrowth established itself. By the middle of the sixth century, not perceived as a spiritual threat, the first regrowth clinics had been built. Unlike normal transplants where a donor was required, organ regrowth involved the harvesting of cells from patients that, once reverted to stem, were used to grow the required organs. Within a century of the development of the techniques the need for donors declined to near zero, tissue rejection issues fell to around one percent and the black market for human organs was virtually destroyed. The regrowth of limbs lagged behind by many decades in part because there was a huge market for prosthetic technologies, technologies businesses with powerful lobbies continued to exploit but, by the beginning of the twenty-eighth century, it had become possible to regrow almost any organ or limb. A significant advance from a medical perspective was the ability to freeze reverted cells so that, in the event of a drastic injury, regrowth could be begun even before the patient had arrived at the hospital further reducing the possibility of the patient dying awaiting the required transplant. Although frowned upon by many religious institutions, in 2752 it was finally made legal to grow whole bodies from reverted cells and specialist services could be offered to the extremely wealthy to allow for transplants on demand (and usually for the most puerile reasons). In the more enlightened nations, basic regrowth technology is available to most and typical life expectancy has risen to around two hundred. People still age, little could be done about that, but a direct benefit of healthy bodies due to regrowth combined with lifestyle, means people live longer and typically maintain a more youthful appearance for most of their long lives. Regrowth technology has been of particular benefit to the military... the ability to rapidly repair soldier's bodies and get them back out into the field during conflict easily offsets the cost of regrowth medical service provision. Regrowth, as a technology, still has limitations. Replacing organs (notably the heart, lungs and spine) remains highly complex and carries significant risk but, by far the most problematic aspect of regrowth is the brain. Nerve cells can be regrown as easily as any other cell type so non-fatal brain damage can be repaired but, when the damage is significant, the risk of complications such as memory loss, learning issues and personality change is increased. Of course, once someone is brain dead, their brain no longer responding to the batteries of tests used to determine whether a non-responsive human is truly alive, there is no reprieve. An entirely new body can be regrown, its brain educated and many original memories transferred, but it is a copy of the original and an entirely different person from its "parent".

The past tempts us, the present confuses us and the future frightens us. And our lives slip away moment by moment, lost in that vast terrible in-between.