Replication is a somewhat inaccurate name for what is basically a three-dimensional printing process carried out by nanotech enabled print devices. Using this technology, clients can print anything from paper reports and newspapers to components used to build spacecraft. It is one of the most important technologies developed since humans colonised the planets they now call "The Extent". 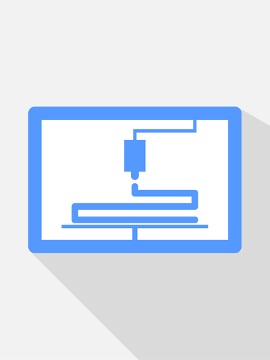 Replication is a somewhat inaccurate name for what is basically a three-dimensional printing process carried out by nanotech enabled print devices. Using this technology, clients can print anything from paper reports and newspapers to components used to build spacecraft. It is one of the most important technologies developed since humans colonised the planets they now call "The Extent". Although the technology can replicate vegetable and animal products, it cannot yet replicate living cells. Organic structures can be built then seeded with living cells and if rapid growth is required, nano-enhanced to build transplantable organs. In the medical arena, perhaps one of the most useful roles replication plays is the re-creation of bone and cartilage-like structures which then allows other medical techniques to build entire new limbs for the victims of accident and warfare. Similar limitations affect the AI world which, since organo-neural nets cannot be built by replicators but have to be grown, is one reason why workers in AI research refer to the activation stage of an AI as "birth". Three-dimensional replication is stunningly useful and printers of sufficient size and capability can create anything from a knife through computer and gun components to the parts required to build vehicles. Each kind of build presents unique problems - cars, typically only required by those living outside cities, require centralised industrial grade printers so delivery to the customer can still take some time. However, few in the cities use cars since public transport is the norm and most tend to use printers purely as a means of realising their network purchases. Printers contain extremely sophisticated control circuitry that prevents restricted and copyright items being printed without prior authorisation. When a customer selects an item on the network, print instructions are delivered near instantaneously either to their personal printer or to the nearest capable public printer. The instructions for the item are stored within the printer's memory until the item is printed and accepted. If the item exceeds a specified sell-by date it is erased although some items are lifetime purchases or public domain and can be stored permanently. If the customer is unhappy with their purchase it can, within a specified period, be rejected, fed back into the replicator system which checks it is the specified item and disintegrates it. Similarly, items can be loaned for later return and disintegration. The unit stores the component materials for reuse and, having erased the instructions, actions the appropriate refund or deposit return. NOTE: Many items are restricted because they are copyrighted or because they are considered dangerous for general public use, for example, weaponry. Military printing, including that of many sophisticated weapons, is fully restricted and the printing of components to construct them can be carried out only on authorised military print units. Personnel are issued their authorised weapons only after they have been printed centrally, assembled and fully checked. All UCS military personnel are issued with knives and a pistol but marines are also issued the standard assault rifle (at time of writing, the MAR-V), pilots a handgun and marine officers a handgun and sword. Additionally, serving military personnel can upgrade their weaponry to the authorised maximum upon their return to base by visiting the weapons printing unit at the Quartermasters. Excerpt from "Twenty Eighth Century Inventions. Ransom Publications, 2801

Ray, if someone asks you if you're a god, you say YES!